As you have probably heard, Punxatawney Phil has seen his shadow and we have another month and a half of winter assigned to us. Great. It is actually quite a pleasure to be following innocent, non-news about a groundhog and not another emergency. 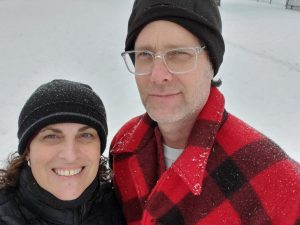 The sun setting later and later, is a reminder that the season is changing. The dogs appreciate the extra walking time and increased focus on getting outside. Of course, February is also good at reminding us it can still pack a wintery punch. No days off for remote workers or scholars this year, though the snow is still nice to transform the landscape for a few days.

We had the opportunity to get up to the mountains for some snowshoeing a couple weekends back. Getting a break from everyday rushing around, and being enveloped in a world covered in white was the balm our family’s collective souls needed to embrace another busy week, finishing up a 2nd-story addition, continuing work on a basement ADU while preparing to start another, all the while working away on a kitchen while talking about all the potential in store for our company in coming months. It’s a lot to juggle sometimes though we wouldn’t trade the work (nor the play) for the world.